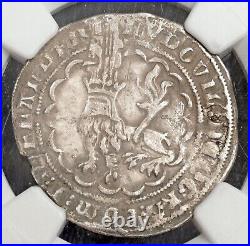 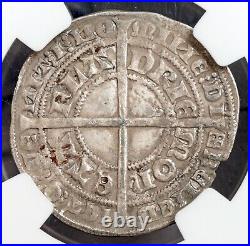 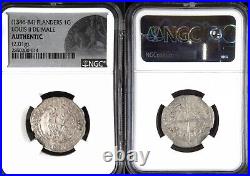 The count of Flanders was the ruler or sub-ruler of the county of Flanders from the 9th century until the abolition of the position by the French revolutionaries in 1790. Although the early rulers, from Arnulf I onwards, were sometime referred to as margraves or marquesses, this alternate title largely fell out of use by the 12th century. Since then the rulers of Flanders have only been referred to as counts. The counts of Flanders enlarged their estate through a series of diplomatic manoeuvres. The counties of Hainaut, Namur, Béthune, Nevers, Auxerre, Rethel, Burgundy, and Artois were acquired via marriage with the respective heiresses.

The county of Flanders itself suffered the same fate. By the marriage of Margaret III, Countess of Flanders with Philip the Bold, Duke of Burgundy, the county and the subsidiary counties were absorbed into the Duchy of Burgundy in 1405. Louis II of Flanders (25 October 1330, Male - 30 January 1384, Lille), also Louis III of Artois and Louis I of Palatine Burgundy, known as Louis of Male, was the son of Louis I of Flanders and Margaret I of Burgundy. He was Count of Flanders from 1346 until his death. On his father's death at the Battle of Crécy in 1346, he inherited the counties of Flanders, Nevers, and Rethel.

The Guilds, depending on the English wool trade, forced Louis to recognize Edward III of England as his overlord and arrange an engagement to the daughter of the English king, Isabella. Louis managed to avoid this by fleeing to France in 1347. On the death of his father-in-law in 1355, he took the title of Duke of Brabant, but was unable to wrest the duchy from his sister-in-law Joanna, Duchess of Brabant in the. War of the Brabantian Succession. Louis managed to defeat the Brabantians in the battle of Scheut near Anderlecht (17 August 1356) and capture the cities of Mechelen, Brussels, Antwerp and Leuven, but he was unable to acquire the duchy.

By the Peace of Ath (1357) he gained the lordship of Mechelen and the city of Antwerp. Louis tried to govern as a. With regards to his internal policy, his main aim was to prevent the formation of a broad coalition against him, as happened against his father.

Except for his last years, he was successful in preventing this. However, even in his latter years he managed to get the support of Bruges against the revolt of Ghent. His foreign policy was one of neutrality in the Hundred Year's War, which kept him in favor with both France and England.

The latter years of his rule however were marked by civil strife. In 1379, he obtained aid from his son-in-law, Philip II of Burgundy, to put down a revolt in Ghent. The Flemings again rose under Philip van Artevelde and expelled him from Flanders after the Battle of Beverhoutsveld; however, the influence of Philip procured a French army to relieve him, and the Flemings were decisively defeated at the Battle of Roosebeke. However, the citizens of Ghent continued to resist (with English aid) until after his death in 1384.

His mother had died two years previously, leaving him the counties of Artois and the Franche-Comté. This item is in the category "Coins & Paper Money\Coins: World\Europe\Belgium".

The seller is "coinworldtv" and is located in this country: AT. This item can be shipped worldwide.